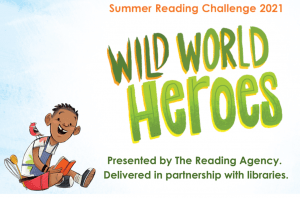 n’t forget to keep reading during the school holiday. For an extra reading challenge, take on this year’s Wild World Heroes challenge in connection with Hertfordshire libraries. We would love to see who has completed the challenge and hear about your favourite books when we return to school in September!

Year 6 completed their fourth and final day of sailing today. Lots of smiles as they ventured out in control of their boats. More photos on our school Twitter feed.

Year 6 have had three great days of sailing – 1 to go!

Year 6 have had an incredible DT day today, cooking and baking. The children spent some time before half term planning their recipes in groups. They were given the task of creating a 3 course meal to include and a starter using red bell peppers, mains using salmon and desserts using pineapple. We had a range of dishes from salmon and cucumber sushi, to pineapple and coconut cupcakes, honey glazed salmon to pineapple pancakes.

In their topic on the Maya civilisation, Year 6 have been asking and answering historically valid questions about different sources of information. This week, they looked in detail at some historical drawings of Maya cities. They looked closely and carefully, recording what they noticed as they drew the images. We then used these observations to work out what we could learn about the Maya people.

“They were very clever. They valued stone work. Look at all the detail in stone and they made these long before machines.”

“I think this must be an important or religious person because they have put his statue over the doorway.”

“The gold colour of the pictures tell us the artist liked the Maya because gold is precious.”

Today, Year 6 were visited by PCSO Jenkins, PCSO Sayers and PC McKenzie for an interactive workshop addressing and educating the children around knife crime, grooming and general safety. The sessions created great discussion and reflection regarding friendships groups and choices they make. The children have been given Peace packs and booklets along with the Fearless number 0800 555 111 to share with parents and siblings. 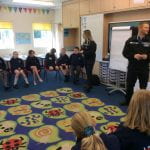 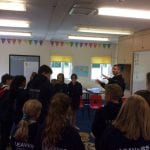 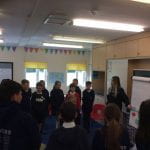 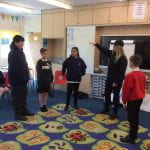 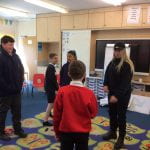 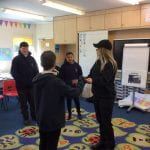 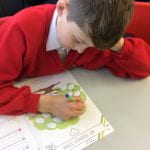 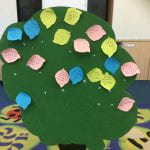 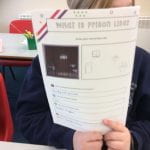 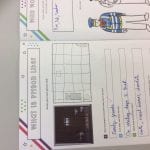 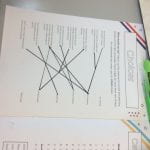 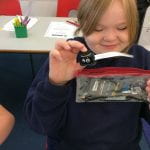 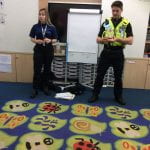 Year 6, today, were hunting for evidence in their text. We knew we were supposed to like one character and dislike another but we wanted to find out how the author had created this effect. The children explored deeply hunting for tiny elements of evidence and were brilliant at proving a point.

“The character is speaking sarcastically and that is never a nice thing to do.”

“The words he chooses to use are not a nice way of asking the question. He is challenging him.”

“This character blocks the doorway and doesn’t show him the room because he thinks that he isn’t clever enough to study there whereas the other character holds the door open for him.”

“The nice character recognises that he is smiling even though his face is disfigured. They understand each other.”

Most of the learning took place through discussion but children recorded some of their ideas. They worked particularly hard on how to present it.

Year 6 have spent the day designing and making their hand held steady electrical game. We spent the morning analysing and researching what form over function meant. Once deciding on the purpose of the games and who they are making them for the children decided on a key theme. Once designing the bases we explored what shape the copper wire would need to be. This required using one line drawings which took some practice. Once designed the children explored making the circuits to ensure all the equipment was in working order. The final step was creating all the elements. The day required an extreme amount of resilience and perseverance

which was given by all.